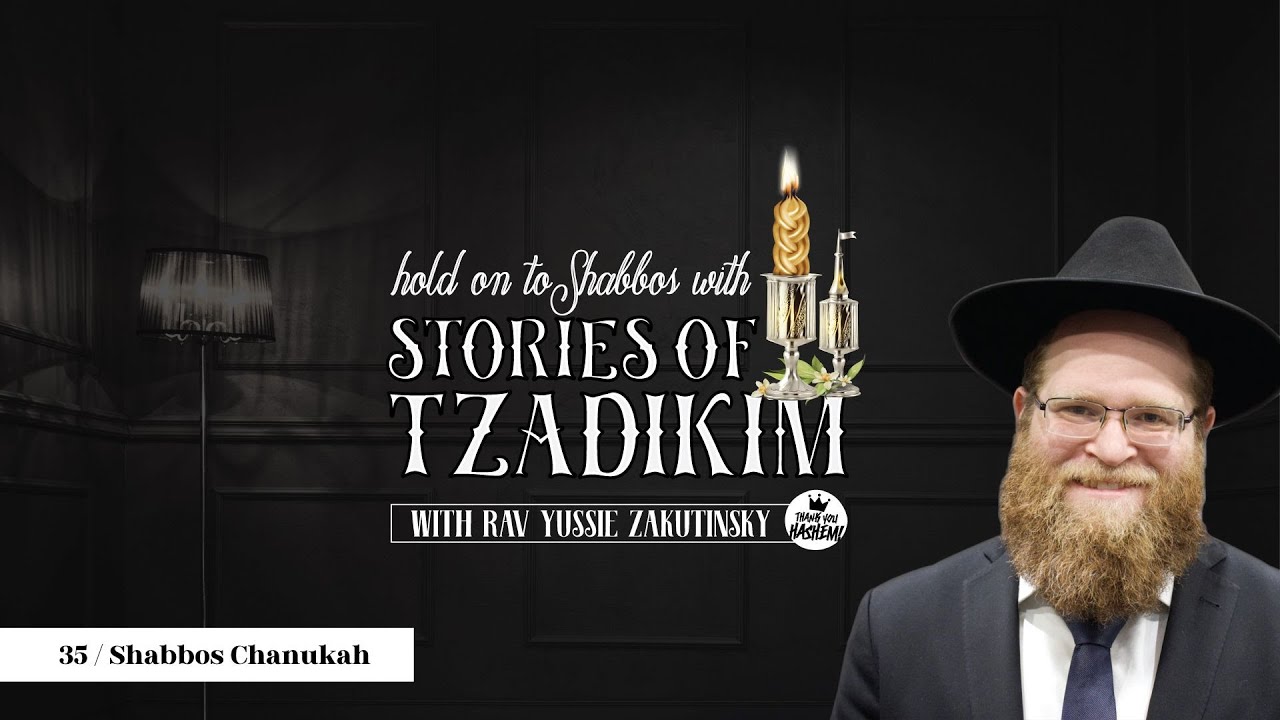 There is a tradition amongst Jews, that on Motzei Shabbos, we get together and share stories of Tzadikim. These tales of holy people, from times long ago, can have a profound effect on our week. On Shabbos we rest from our weekday activities, and we have an opportunity to reconnect with who we really are. The energy and spirit of Shabbos enables the ultimate rendezvous with our true selves and deep moments with our Father in Heaven. And then, right before we re-enter the world of action, we sit together and recall the lives of our exalted Tzadikim, gleaning lessons, morals, and values to carry this spirit of unity forward with us…Until next Shabbos….

A gut voch everybody, I’ll tell you a mayseh. It’s Shabbos Chanukah. There was a yid who was a chassid of Reb Mendel Rimanov. Let’s call him Reb Yankel. His custom was that every year with mesirus nefesh he would be by Reb Mendel Rimanover for the first night of Chanukah and watch him light. That was his inyan,

One particular year he was planning his trip, it’s not easy for him or his family but it’s something he always looks forward to and his family respected it. One year as he’s preparing, on erev Chanukah a very bad storm rolls into the shtetl and surrounding areas and it begins to snow. Very heavy duty snow, very heavy storm. His wife turns to him, I know you do this every year but this year its impossible, you can’t see its mamash dangerous!

Yankel says I can’t imagine myself not being by the rebbe the first night of Chanukah, I have to! But it’s pikuach nefesh, it’s dangerous you can’t! He says listen it’s pikuach nefesh for me in ruchniyus not to go, he can’t be convinced. He gets dressed, bundled up and heads out.

After a little bit of time, its snowing, freezing, and after just a short time he realizes his wife was right. He couldn’t even see five feet in front of him. He starts to panic a little bit, he turns his eyes out to the ribono shel olam and says I need a miracle. You know i’m not doing this for my sake, I feel for the tikun of my neshama I need to have a hiskashrus to the tzadik. Please help me.

All of a sudden after his davening he notices there’s a cave he didn’t see before. He runs in to get out of the snow for a second, once he enters into it he notices that this is not a small cave, it’s deep and it keeps on going. He goes further in to get away from the cold, as he gets further into the cave he sees a glow that’s coming from deeper into the cave. There’s A sign of life, maybe someone’s there. He goes deeper and follows this light until he gets to some inner chamber where the light is coming from.

He gets top this place and he sees the strangest thing in his entire life. In this chamber he sees the entire area was filled from top to bottom, with millions of wicks fort chanukah candles. It’s the strangest thing in the world he doesn’t know why. He sees an old yid by a desk with a big mound of wool, of cotton and he’s making wicks. He makes it and throws it into the pile.

He looks in shock, wondering what in the world is going on here. This Tzadik looking yid looks at him, asks who are you and what are you doing here. My name is Yankel, I was traveling to Reb Mendel Rimanover and I got lost, I saw this cave and I followed the light. Yankel asks, and who are you? I’m matisyahu kohen gadol. All these wicks that you see, each one of them is a neshama of a yid.

I’m preparing these wicks to be lit up, to be ignited with the coming of Mashiach. Yankel you go to the Rebbe, you tell him when you get to see him. Tell him in my name that it’s time to start lighting up neshama. And he should know once you light that one neshama, the rest will go up in flames.

The next thing Yankel knows, he wakes up in the beis Medrash of Reb Mendel Rimanover and he’s about to light the first candle. Reb Mendel looks at him and says ah Yankel, you have a message for me. He says the message I’m here to tell you from Matisyahu Kohen Gadol is to light up one neshama and all the others will catch on. The Rebbe says, ah, and with that he lights the candle.

Don’t ask me what it means, I have no idea. Or how it happens. But something to take away from it, we light the Chanukah candles mosif veholech. We’re not just lighting a match and lighting a chanukah candle. The hope is we’re lighting up ourselves, a human being is compared to a candle. We have to believe like Matisyahu Kohen gadol told Reb Mendel Rimanov, you light up your neshama and your family and friends will follow.

The nature of fire is that it spreads when touching it. Our collective tefillah and hope for ourselves is to catch on fire of Avodas Hashem, a pnimiyusdik yiddishkeit. With that the fire of yiddishkeit will spread like a wildfire and br…

‘Thank You Hashem’ is a powerful sound bite. These simple words are a prayer, blessing, appreciation, sanctification, and expression of spiritual intimacy—all in one. Jews from all walks of life utter them in all life circumstances, finding meaning and strength in direct access to Hashem.

Our mission is to ignite that passion and pride in every Jew worldwide. To remind us all that Hashem exists in every single aspect of life. That He loves each of us in every situation, environment, and spiritual position. And that by saying His name with gratitude, we return His love every day. 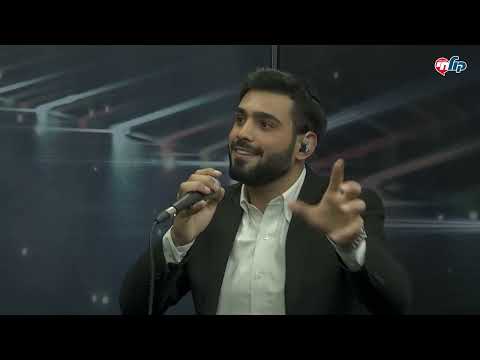 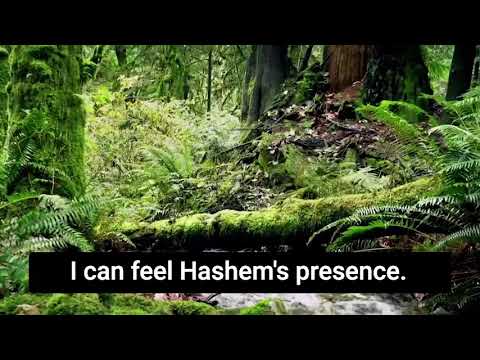 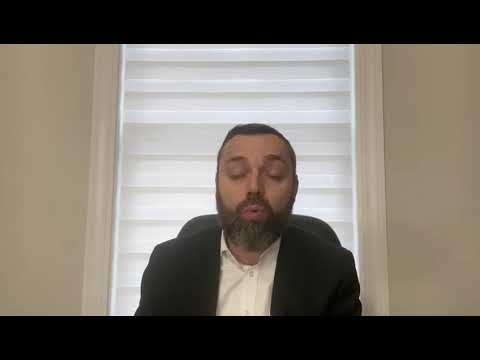 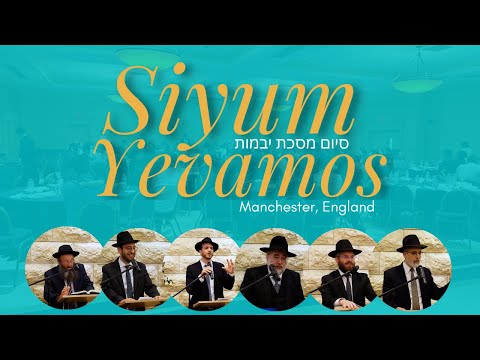 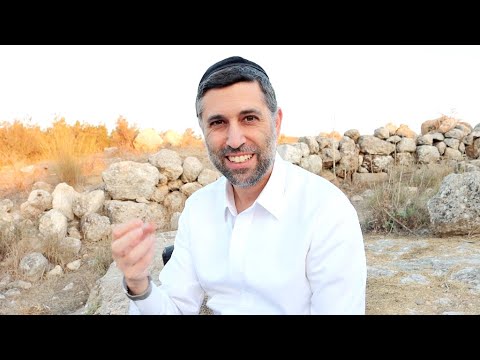 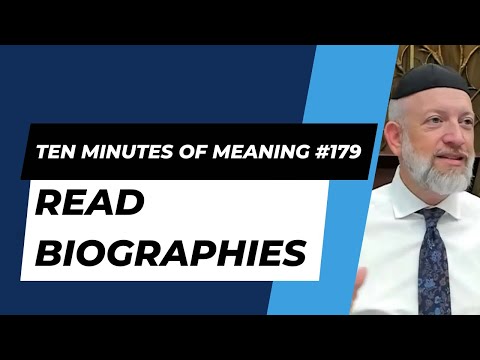