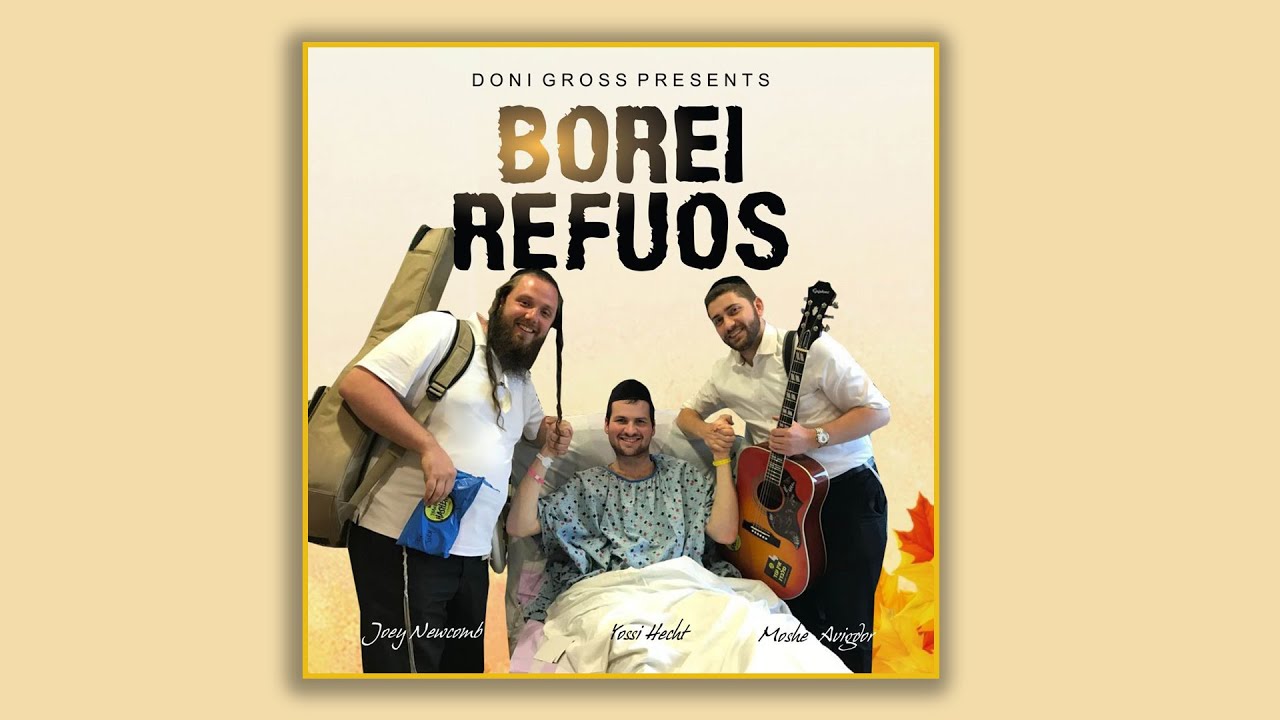 Yossi Hecht has been a light onto our lives since the day we met him.

During one summer day myself and Moshe Avigdor went to visit Yossi in the hospital as he was dealing with many surgeries and other struggles.

Being that this was the first time we were meeting him, we honestly thought that we would be bringing him the Chizuk he needed. After spending some time with him, the opposite was happening. His natural Simchas Hachaim was contagious. We felt it. About an hour into the visit he asked us to write a song to the words of Shachris “Ki Hu Levado… Borei Refuos” only Hashem is the creator of healing.

A few minutes later we had the song. Written by all of us together. Enjoy and remember doctors are only messengers from G-D.